The Rush to Riga: The Influence of the Euro on Latvia 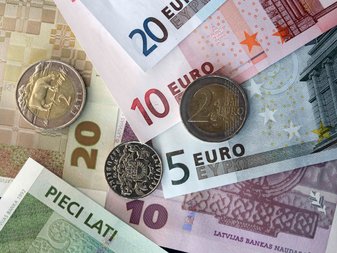 By Kristine Toma In the past seven months since adopting the euro as the national currency, Latvia has been undergoing a transformation that is now seeing the country emerge as an increasingly significant focus for foreign investment. The issue of the euro has been huge in Latvia and the change to the new currency has not been without controversy with some small or traditionally-run businesses unable to adapt to the changed business environment. The ongoing conflict between Ukraine and Russia has added a negative impact on the economy with the international credit risks insurer “Coface” reducing Latvia’s assessment because of the nation’s dependence on Russian gas. However the problems in Ukraine have also been cited as further evidence of why it was imperative for Latvia to join the EU. By cementing ties with the EU, Latvia benefits from the solidarity of the Eurozone countries should the Ukraine conflict escalate further. However, what has been most pervading since the euro was introduced in January has been the change in the business culture in Latvia with people and businesses becoming more dynamic and intense. The construction, real estate and tourism industries have all grown exponentially, even in this short period of time, and we are also seeing a new and more European culture emerge in the cities, particularly Riga. More fashion labels have opened stores, and cafes are springing up every day in new places bringing a fresh and vibrant atmosphere to urban areas. Latvia is now attracting a higher number and wider range of tourists who come from all around the world. Riga is fast becoming Eastern Europe’s hub, boosted also by the fact that the city is this year host of the Europe Capital of Culture. But it’s not just tourists who are recognising the growing appeal of Riga. We have recently secured two new luxury brand clients: Chopard, the makers of Swiss watches and exclusive jewellery; and Vertu, the English manufacturer of luxury mobile phones. Chopard is entering the Latvian market for the first time having chosen Riga as the location of their first boutique in all of Eastern Europe. Foreign investors are also seeing the talent in Latvia with data visualisation company Infogram.am attracting a buyer offering around US$ 1 million to purchase the business – an unusual deal size for Latvia. Meanwhile US business contact management company “FullContact” recently bought a relatively new IT company that produced a contact management tool called “Cobook”. The size of this deal was not disclosed although the local media have widely published unofficial reports that suggest the deal was agreed at around US$ 7 million. This rush to Riga has also been reflected in the workplace with a rapid increase in salaries of 7.7% in the first quarter of 2014 alone, and further growth expected to become apparent as the economy grows further. The changing business climate has also had a positive impact on the PR sector, with more companies than ever seeking the services of public relations agencies to help make their company or brand stand out in the growing market place. We are also observing an unprecedented high demand for experienced PR executives as agencies look to grow their teams to support new clients. It’s an exciting time in Latvia and we are optimistic that this is just the beginning of good things to come for the country. It certainly feels like life is changing and we hope that our country’s position as the new gateway to Eastern Europe will grow and solidify itself further.