Successfully Communicating NO: The Greek Referendum 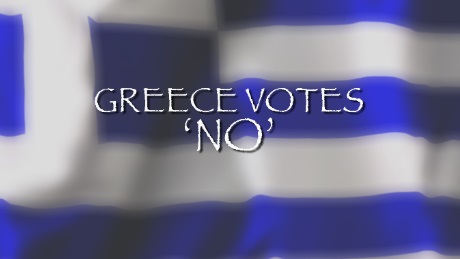 And so the NO vote prevailed in the 5th July referendum, which led, eventually, to the political decision for Greece to remain within the Eurozone and the European Union, after long and arduous discussions between Heads of State and Governments in Brussels over the weekend. However what is interesting is to examine the resounding 61.3% result in favour of the No campaign from a communications perspective, and to analyse the catastrophic response from the Greek electorate to the YES platform. A little context to start with. Both camps adopted fairly simplistic positions and arguments, with the actual content of the proposals tabled by the Eurogroup rarely featuring in any communication material and public debates. This was the first referendum taking place in Europe and in Greece in the era of social media, making the proliferation of messages (both audiovisual and textual) more immediate and widespread. Meanwhile, the overwhelming majority of the Greek mainstream media – nationwide TV stations and printed press – as well as all bourgeois parties within the Greek parliament all supported the YES vote. The YES campaign was also able to count on a sizeable budget and an extensive advertising campaign across all media platforms. YES: Playing straight into the hands of NO The main factor for the failure of the YES campaign was that it invested in a ‘strategy of fear’, utilising a rhetoric that, should the Greek people vote NO, the country would be ejected from the Eurozone. A similar slogan was adopted by the New Democracy party in the run-up to the elections in 2012, only to be disproved by events just a month later. No-one representing the YES campaign outlined the advantages of this position. The lack of coordination and the absence of a political figurehead meant that anyone from across the political spectrum could speak his/her mind freely and without coherence. Importantly the campaign also failed to tap into popular sentiment, failing to take into consideration the situation on the ground experienced by ordinary Greeks, with rising unemployment, poverty and misery. They reinforced a negative attitude across the electorate, strengthening the resolve of those who voted for SYRIZA and ANEL on January 25th who felt that they were experiencing an ‘assault’ on their political choice. In particular, the campaign failed take note of opinion polls and realise the growing tendency amongst young people who were reacting against the measures imposed by Europe.