Social Media PR and the Politics of Persuasion 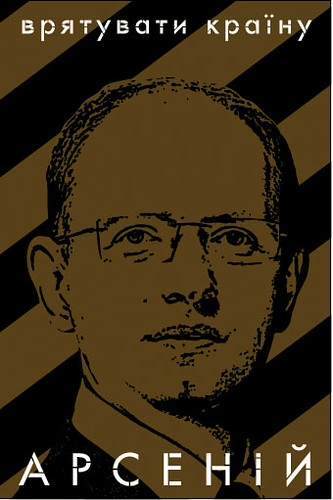 More than a half-century ago, John F. Kennedy‘s Presidential campaign  revolutionised electoral campaigning, by being first to use television as a powerful media channel. Last year it was

Obama who proved that new online media channels can be successfully used for gaining additional votes. It clearly showed that social media tools as well as electoral technologies had changed. But does it mean that the essence of elections has also changed significantly? With the forthcoming (Jan 2010) elections in Ukraine, everybody has been waiting to see who would be the first to adopt Obama’s methods. Due to political instability, there’s no obvious leader among the candidates. Thirty-four year old politician, Arseniy Yatsenyuk, with a good education and a successful career, suits the American dream the best. The only weakness is that he is not a big player in the Ukrainian political game.

That hot summer day, when the first promotional billboards with Arseniy Yatsenyuk’s face appeared on the streets, citizens were left in no doubt that this candidate had adopted elements of Obama’s campaigning strategy. But within a matter of hours in the online world, negative feedback in blogs (e.g. fedoriv.com, pravda.com.ua – note these are in Cyrillic) showed that Yatsenuyk’s team missed one big thing. They are working with a political figure who is different from Obama. The blogosphere was very quick to react to an unprofessional attempt to apply an American model in the Ukrainian political environment. It took very little time for the poster to get transformed into a series of caricatures, which were immediately “copy-pasted” to a number of leading blogs and circulated in cyberspace via Facebook, Twitter and Instant Messages. At first it seemed like Yatsenyuk’s team did everything right – they focused on having an interesting and creative design, used Web 2.0 tools, engaged in social media and interactive communications. One method the candidate’s campaign team used to grasp the attention of the public was by engaging potential voters on Facebook. Yatsenyuk’s team created a Facebook profile for a virtual male user “X” and posted some nice photos, supposedly of him, on his profile. Mister X started adding female users with the purpose of making them feel flattered by receiving his attention. Then this virtual, handsome guy started inviting his female Facebook friends to register at the candidate’s political website. Obviously, this strategy generated negative feedback amongst Ukrainian Facebook users. Whoever came up with this idea missed the point that, through informal communication, female users would prefer to be treated as a woman as they were originally approached and not as a voter. It also goes against everything that social media stands for: namely that being transparent and honest are this media’s first rules of engagement. But now the campaign is further away from the real personality of the candidate who in reality has the image of an ordinary politician. It happened that Yatsenyuk’s team, who developed his promotional campaign, came to the foreground, while putting the candidate himself in the shade. As a result, the voters are talking about the campaign, but they’re neglecting the politician himself. The campaign is labeled as the Ukrainian Obama and every next step is criticised in contrast to the American strategy. Social media instruments, including social networks, can empower the candidate but they cannot create a political leader from point blank.  And ready-to-use campaigns for social networks cannot be applied by disregarding the ‘product’ you want to promote which, in this case, was the candidate for a presidency. The Ukrainian presidential election will take place in January 2010. We’ve therefore still got a chance to see whether the Ukrainian media experts succeed in creating their own Pygmalion.
privacy policy
Designed & Developed by Action 360x