remarkable women and how they lead in the world of comms 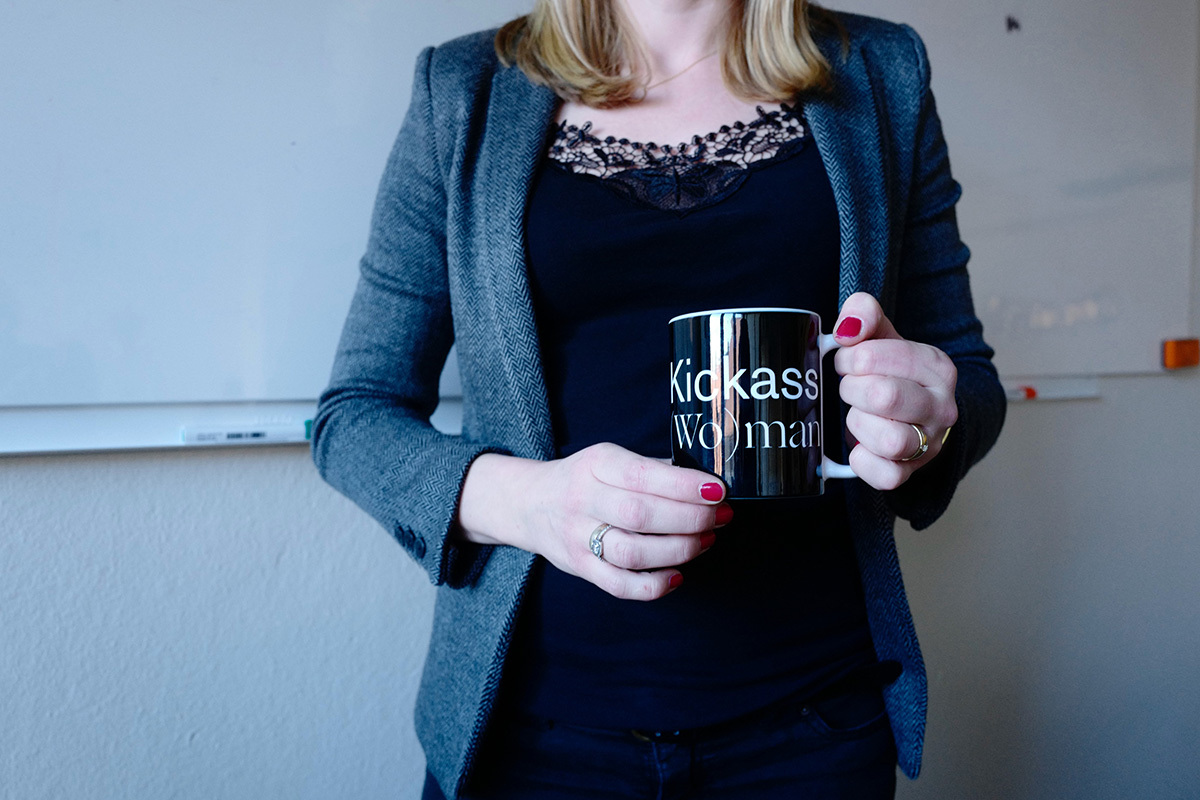 Around the world there is a global movement to further empower women to step into their full leadership potential across all industries. Here, we speak to some of Action’s strong women leaders about the obstacles they face in the workplace, while offering solutions, tips and advice to the future female leaders of tomorrow.

There’s no denying that the PR and Comms sector is largely a female-led industry. Just look at the statistics at Action Global Communications, where 71% of employees are female, compared to 29% male, and 54% of our leadership team are female. And while these numbers reflect a partiality for women to take this career path, Action also specifically encourages an equal ratio of male to female leaders within the management of the organisation.

According to Artemis Pnevmatikou, Country Manager, Cyprus, the island has a good balance in gender diversity in management within the communications sector, compared to other industries. “At Action, we are lucky to have so many women in leadership positions: Rebecca Theodorou, Aideen Doherty, Kathy Christodoulou and many more. They have all motivated me and supported me in becoming who I am today,” she says.

In Russia, women make up ¾ of the sector, with Lina Shurkevich, Managing Director, Russia, Ukraine and CIS, explaining that the Action office in Russia has 22 woman and 6 men.

And while it is promising to see the topic of ‘gender diversity in management’ more frequently discussed and progress being made, according to Lauren Williams, Director of Finance, Action GCC, there is still a way to go. “In 2019, Grant Thornton reported the number of women in senior management stood at 29% and the number of women in executive roles at only 24%,” she says. “We can’t ignore statics that forecast the global journey ahead.”

Although the overall percentage may still be relatively low on a global scale, women managers are increasingly breaking through the proverbial glass ceiling, simultaneously proving themselves to be uniquely effective leaders.  Breaking away from exclusively following traditional ‘command-and-control’ or ‘transactional’ leadership styles generally associated with men, female leaders are now efficiently leading by drawing on attributes or characteristics, generally considered as more ‘feminine’.

At Action, we believe there is strength in diversity. Which is why traits largely attributed to women leaders – such as inspiration, empathy, participative decision making, setting expectations and rewards, people development and role modelling – are proactively encouraged.

Striving to be fair and supportive, to lead by example and simultaneously push to get the most out of her team, Rossitza Donkova, Country Manager, Action Global Communications Bulgaria, believes that women are particularly successful as managers due to certain innate traits. “In communications, as anywhere else, women in managerial positions are more distinguished by their high emotional intelligence,” she says. “They show understanding and sensitivity, are able to support their team and take a creative approach and handle stress.”

Action not only recognises these strong characteristics in its female employees and leaders, but the group also strives to actively empower, support and encourage women who want to climb the career ladder within the organisation.

Let’s take the example of American track and field athlete Allyson Felix, who left a lucrative deal with Nike because the company reduced her contract by 70% when she decided to start a family. At Action we want to ensure our employees feel supported to achieve both professional and personal dreams. The group recently promoted two of our female leaders in Cyprus – Artemis Pnevmatikou and Rebecca Theodorou – into key senior roles following their return from maternity leave.

Felix also proved that maternity leave and motherhood doesn’t have to mean the end of a successful career, going on to become the most decorated female track athlete of all time. Not only did she recently win her 10th Olympic medal, Felix also just launched a fund to cover child-care costs for other athletes who are mothers.  And all while simultaneously raising her daughter.

That’s not to say that managing to maintain a healthy work-life balance, especially when also juggling the responsibilities of parenthood, can’t be a challenge.

“Having children is something which definitely has felt like it can be an obstacle to career growth in the short term,” says Rebecca Theodorou, Head of International Client Hub. “Being absent from work for several months, and then thrown back in with all of the additional demands of home life can be daunting and overwhelming.”

The fact that women also tend to carry a heavier burden when it comes to responsibilities at home and childcare, means that the levels of burnout can often be high amongst working mothers. However, Rebecca also believes that starting a family has helped with her career succeed. “I was forced to become more efficient, to delegate more and to set more boundaries. It has also taught me incredible patience and given me perspective that helps put some of the frustrations and stresses of work into context,” she comments, before adding that a strong and trusted team, allows her to more fully switch off and be present with her family.

Similarly for Lina – who describes her personal leadership style as a combination of authoritative but empathetic democratic – it was not gender that stood in her way or helped her to succeed, but rather personal obstacles, such as how to combine work growth with family and children. Today she keeps the balance by leading with passion and an open door, while maintaining personal hobbies and making time for “sacred” family dinners.

But whether a woman decides to become a mother or not, there are undoubtedly other challenges we all face in the workplace and our careers. Such as dealing with imposter syndrome, taking on archaic workplace traditions and navigating double standards and gender biases. Whether knowingly or not, men and women are still not treated or perceived equally in the workplace, which in turn can negatively affect their professional success.

It’s even in the language we use. According to a study by Harvard Business Review, there are significant differences in the way leadership attributes are labelled for men versus women. When displaying the same behaviours in the workplace, men are more likely to be called assertive, while women will be labelled bossy – which is not an attribute of a competent leader. In fact, it was this very topic that catalysed the foundation of the now much-discussed ‘Ban Bossy’ campaign by Facebook COO Sheryl Sandberg.

Described by her colleagues as “tough but fair”, Rebecca takes pride in her direct and to the point approach. However, she acknowledges that conscious or unconscious, gender biases do exist. “I have felt (as I think most women), that sometimes there are assumptions made because of my gender,” explains Rebecca. “A strong-willed woman is stubborn, but a strong-willed man has leadership potential. A woman who expresses herself animatedly is emotional while a man is passionate. It’s ok to not be everyone’s cup of tea!”

So, what would it take for an organisation or leader to become more diverse and truly inclusive? For starters, we need to address the subtle, often subconscious gender biases that exist, acknowledge their implications and work hard not to define professionals by gender. “Whether it’s a man or a woman, people must be given the same opportunities and be evaluated as professionals despite their gender,” says Artemis.

This also calls for professionals to reassess stereotypical gender norms and expand the definitions of effective leadership. All employees – male and female – should be encouraged to speak up if they observe or hear gender bias or prejudices in either actions or language in the workplace. This can help create a culture of trust and equality, where both men and women actively participate in positive discourse around these subjects.

Rebecca believes that self-assessment and being open to feedback are also crucial, adding: “Having an open-door policy is one thing, but it’s important alongside that to create an environment in which team members feel comfortable having a conversation with you about something that’s on their mind.”

And these traits can be considered particularly important in the creative world, where strong, positive, inspiring and flexible leadership is needed to allow the creativity to flow.

An advocate for staff taking ownership of their work, Lauren believes in an open-door policy, explaining: “Creativity relies on freedom of various personalities and expressions. A good leader has the challenge of encouraging expression and individuality, while also creating an environment for self-development and maintaining company culture and discipline.”

Of course, when all is said and done, leadership skills are never exclusively gendered. It is not gender but rather personal characteristics and individual skills that make a great leader today. So, removing some of the more archaic, patriarchal biases, we can make way for potential leaders of all genders, to succeed in ways that play to these individual strengths.

Taking pride in our forward thinking and progressive approach towards gender equity across our business, Action recently signed on to join the Women’s Empowerment Principles (WEPs) platform. This initiative by the United Nations Entity for Gender Equality and the Empowerment of Women (UN Women) and the United Nations Global Compact, is a way for businesses to commit to working on empowering the women on their work force, and also to take active steps to improve their gender equality.

resist change at your peril! those who dare win!