PR in a time of political instability: the view from Kiev 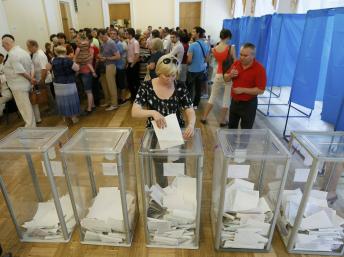 By Anton Teretyshnyk You would have to have been living under a rock for the past few weeks to be unaware of the escalating tensions between Ukraine and Russia over their respective claims to the territory of Crimea. Much of the media coverage in the Western media has made Ukraine, especially the disputed Crimea territory, look anything but inviting; however what is the reality of everyday life in Ukraine? Action Global Communications runs a fully staffed PR office in the Ukraine capital of Kiev, and with this question in mind, we asked our Country Manager Anton Teretyshnyk, to give a snapshot of life and business in the midst of political instability. The situation in Kiev is fairly stable right now. We have all been waiting for the Presidential elections to take place and so life continues on as it did before the Crimea dispute commenced. From a business and a PR perspective, we are still continuing to be busy as there are some businesses and services that continue no matter what the political situation. People still get sick and need treatment and medications; we all still need to do our grocery shopping and eat; and we still need to travel to work and to school. The differences now from a PR agency viewpoint are that we are unable to plan long-term as we don’t know what the future brings. We have also had to alter some of our clients’ plans as it’s not the right time to implement mass public events and activities, while other activities are effectively on hold until we know what the future will bring. It is not all bad news though. Our PR business has not suffered from a loss of clients during this period, but rather we have been creative with the way we work. In fact, it may come as surprise to learn that some sectors are busier than ever! Take for example the pharmaceutical sector. Much of our PR work is focused on areas of treatment and whether there is war or no war, people are still getting sick and they still need to know what treatment options are available to them. The advent of the crisis has meant that some medications have been affected by price rises caused by soaring import costs and this is an issue that concerns us all. At Action Ukraine we are also heavily involved in projects run by public and international organisations whose regular PR activities are not so heavily influenced by the political situation. We are currently working on a campaign for the EU Neighbourhood project that sees us distribute news across all of Ukraine. Now, more than ever, people are interested in news from independent bodies such as the EU so our PR work has the potential for even greater impact than before the crisis. We are also organising a regional campaign across four cities for a high profile international organisation and two of those cities are within the Crimea region which has been annexed as part of the conflict. As a result, we have simply shifted our activities to new locations in the south of Ukraine, which means we will meet the client’s original goals, but the plan will be slightly amended. We remain very optimistic for the future and we hope that the Presidential elections not only help to resolve the crisis, but also bring about constitutional reform so we can once again return to doing business freely. It is a very complex issue and we really do need a productive dialogue between leaders and across the regions of Ukraine. Now, more than ever, clients are valuing our consultancy and guidance in this challenging environment.