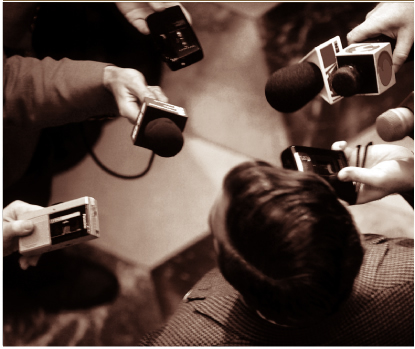 Over the past few days, I have been doing a lot of reading on crisis communications management. The main thing that has caught my attention is the manner in which brands either stand up or hide from the media in times of crisis. Or better still feed the hungry beast, as David Letterman did. Stand Up: One brand which has been applauded for its excellent management of its recent crisis is Seaworld Orlando. I will do my best to keep my personal beliefs out of this, as an animal lover I have a lot to say before I even start on my analysis of how they handled this crisis, but that’s a separate discussion entirely. This is one entity that certainly did not hide when crisis hit, within two hours a statement was issued, the company’s social media experts were on the case with twitter feeds, blog updates and a press conference was quickly scheduled. I have to hand it to them, they were aware of how important speed was in this instance. When the CEO did appear at the press conference, his not so subtle selection of venue (in front of the tank of killer whales) was a statement in itself. SeaWorld did anything but hide and in turn the negative publicity quickly decreased. Check out this blog entry from Scott Monty when you have time, it provides a fantastic run down on how SeaWorld Orlando used social media to do anything but hide.

Hide: However not all brands are so savvy, take for instance Tiger Woods, he went into hiding for three months before making his grand debut with his first apology. He built up so much anticipation and then it flopped. If you don’t believe how such a solid brand could take such a plunge, view it yourself. Many argued that he should have stood up and owned the issue before the issue started owning him. The crisis has now spiraled so far out of control that even Jim Carrey has created an outburst on Twitter whereby a few of his tweets appear to endorse Wood’s frolicking . If that wasn’t already enough for Woods’s, South Park then recreates the alleged scene between Woods and his wife Elin. If you are not tired by now of reading news on Woods or watching another one of his secret’s unfold, check out this South Park parody video clip.  Or better still have a look at his new Nike ad, in my opinion it is ridiculous. Feed the Hungry Beast: When David Letterman on his Late Show with David Letterman TV show revealed that a fellow CBS producer had demanded $2-million to keep quiet about his sexual encounters with female employees of his production company, he did what most brands are terrified to do, he released the information first. Watch it here. In one sense this was a positive thing to do; the story was then coated with his version of events, he apologized and said he was wrong. OK many critics say that his apology was more like an act from standup comedy, and I tend to agree, but despite this the public still seem very much in his favour. So when it comes to a crisis situation, what is the winning formula; be the first to reveal what may not even be a big issue and run the risk of creating a tabloid headline that never would have been had you kept quiet? Hide, the public will forget eventually, solving the crisis and keeping it internal is what is important now? Or, stand up, be fast with updates, be transparent, genuine and communicate your “let’s fix it” strategy to your audience, every step of the way? I think the answer is obvious, but how unobvious does it become when it’s your brand that faces the crisis?