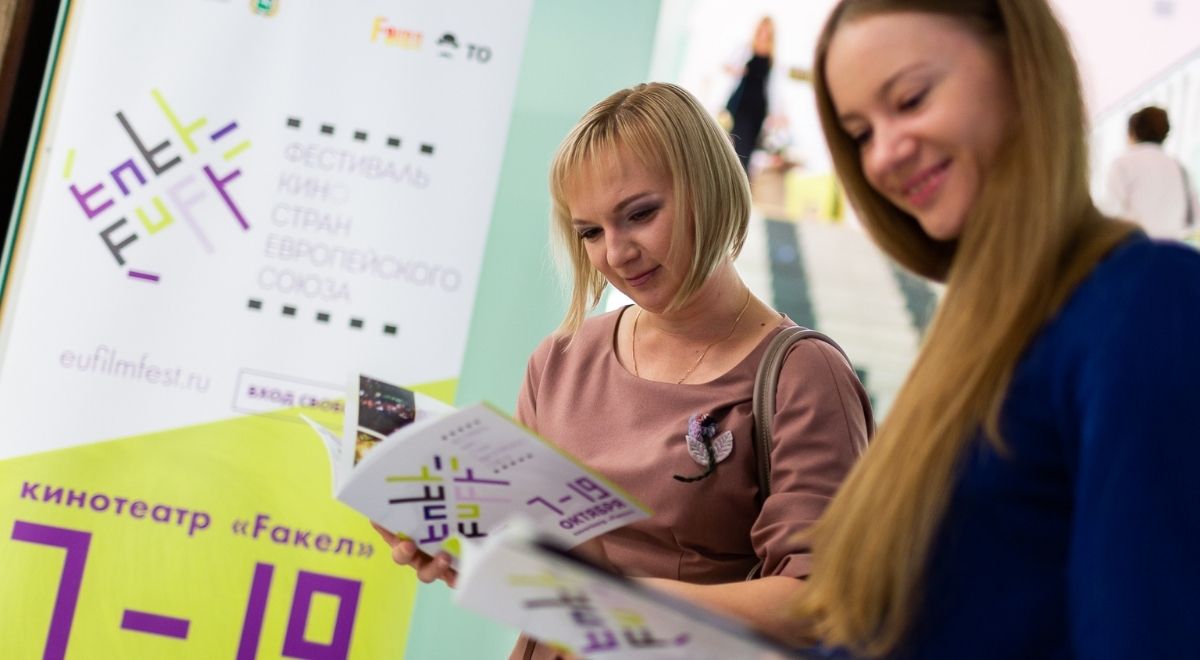 Action Russia was required to support the EU Film Festival (EUFF), taking place for the 14th time in Kaliningrad and for the 2nd time in Tomsk.  The festival programme included 35 films from Europe, including best national movie winners and Oscar nominees. The agency was to develop all festival branding, advertising materials and lead campaign implementation, organize public and VIP opening events in both cities, arrange volunteer student support, as well as be responsible for guests and speaker logistics, and promoting the festival and its events via social media.

The agency was also tasked with developing the website www.eufilmfest.ru, creating all its content and providing daily news updates during the period of festival activities.

The preparation stage had a tight turn-around time – the website, for example, needed to be launched within 3 weeks from the date of contract notice. Promotional activities also needed to implemented on a low budget. The agency was also responsible for the logistics of the festival movies, to ensure that the films were delivered and transferred to various locations in time for audience demonstrations.

Action Russia developed the overall brand identity for the EU Film Festival, including logo, colour scheme and user guidelines, acting as the foundation for all the future visuals for festival initiatives.

The website, www.eufilmfest.ru, was developed to feature two cities and comprised two sections representing all the movies, timetables, masterclasses and other opportunities offered to audiences during the festival.  The agency managed the design and programming  of the website, ensured simple navigation, prepared film annotations, featured illustrations and selected movie trailers to be used.  During the festival period, the agency provided 24/7 website management and technical support, including weekends and public holidays, updating the website with real-time information related to festival events. The website was compatible with iOS and Android mobile devices.

An effective advertising campaign was proposed and implemented to reach the maximum number of students and youth. Action Russia  focused on social networks and local micro influencers, introducing promo activities in several stages. Promotional channels included a combination of VK, Ok, and Instagram. The promo campaign in each city included the announcement of the festival within a week before the start date , promotion of the screening for each film a day before the show, and contests for local citizens with prizes (free tickets, branded gifts etc).