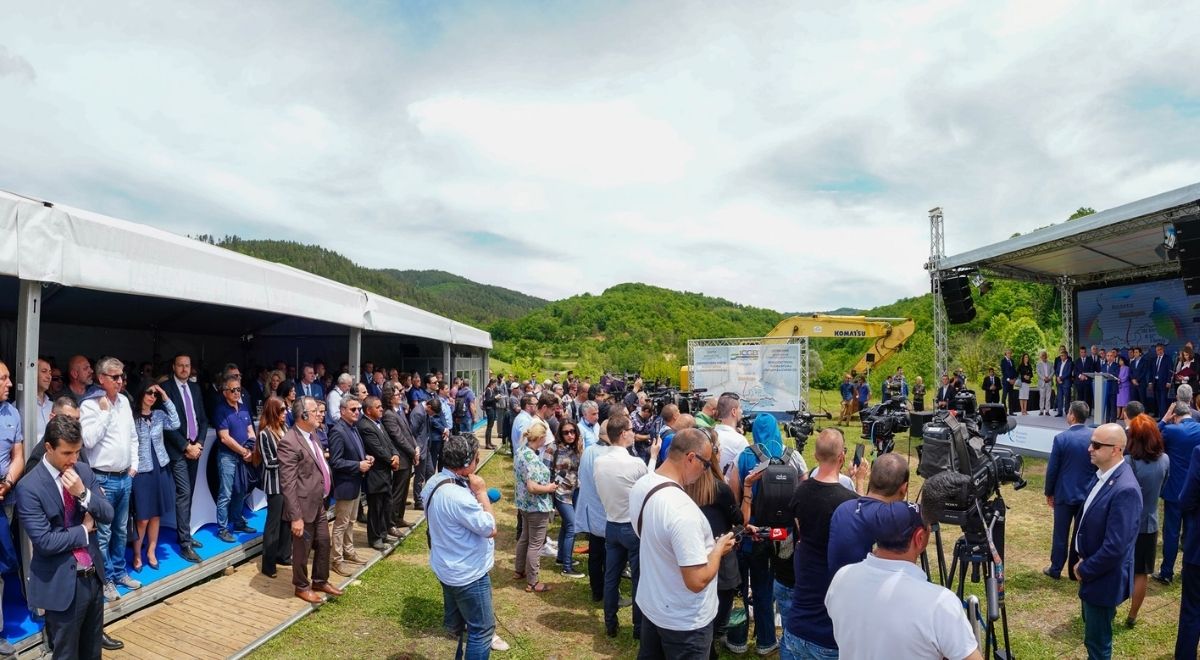 The project company behind the development of the interconnector Greece – Bulgaria (IGB) wished to organize a high-level ground-breaking ceremony for the gas pipeline. A long list of officials from several countries would be in attendance. It had to be an upscale outdoor event, next to the site of the interconnector, near the national border of the two countries implementing the project.

Action Bulgaria provided full PR and logistical support for the ceremony, including counselling the client on the location, several on-site visits with all subcontractors to determine the setting of all major elements, coordination meetings with the Bulgarian government’s protocol and media team. To ensure full compatibility with the international delegations and officials, the agency took full control of the logistics and provided on site: translation in three languages, sound equipment, technical support during the event, professional events stage with LED screen, assistance on branding, cocktail catering, guest tents, open kitchen, parking assistants and hostesses, separate tent setting for private meetings of officials, managing the event host, professional photo and video coverage and more. The Action Bulgaria team also provided media handling on site, developed press release content in Bulgarian and English, prepared and coordinated the event scenario with all involved parties and handled all international media inquiries after the event.