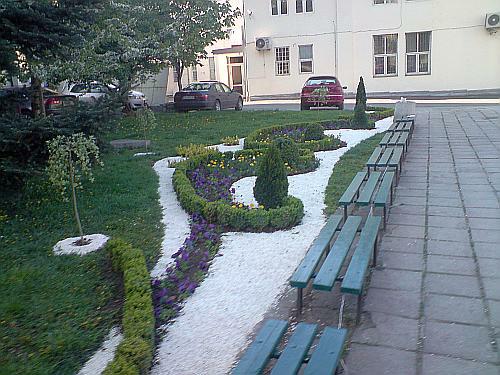 With Bulgaria witnessing increasing numbers of young professionals and nearly 2.5 million internet citizens in its ranks, Bulgarian bloggers are now a powerful voice in social media. With this in mind the traditional media are acting accordingly. The biggest daily national (Daily Trud) started a regular column to feature blog posts for its readers’ interests. On 24 April 2009 this year a blogger posted several pictures from a small garden which had been recently renovated. With all the planting the actual renovation took nearly two months to complete, although the first visible results were available by end of April 2009. Post (in Bulgarian) is here.

[Image CC velqn.com] Then a fellow blogger alerted Velqn four days later that his post had found its way to the offline media and got published by Daily Trud. Velqn took the newspaper, scanned the article and reposted it on his blog on April 28 2009. But let me disclose something here: we at Action Global Communications Bulgaria are the PR agency behind this, together with the Indesit Company in an effort to promote the latest range of household appliances, Eco Time. More information on the product launch can be found here. At the end of his original post the blogger hopes that the new white sand-like small stones will stay there because he like it, Paris style. As far as our involvement is concerned, we will do that because we’re pleased to say that this Indesit project is not a one-time only thing and due maintenance is planned for the future.