Earlier this month, Action Ukraine was excited to be a part of one of the biggest events in 2017 when the city of Kyiv hosted music fans from all over Europe for the Eurovision Song Contest, by providing local support to OSRAM – official lighting partner for ESC 2017.

OSRAM was not only responsible for the incredible light effects on the main stage, but also for a new kind of light voting system for the audience at home that goes beyond the official ESC voting – the OSRAM Light Voting app. While the artists performed their songs in the semifinals and the big finale, fans could vote for their favourites using an interactive app for the first time from within the official Eurovision Song Contest app.

A colour system was linked to each of the 12 point categories and fans all over Kyiv got to see the results of the OSRAM vote for their favourite songs as two of the city’s major landmarks were lit up with the corresponding colour. The City Administration Building and the Taras-Shevchenko Opera House were the perfect choices for illumination because of their visibility to the entire city. And for fans watching from around the world, via a system of webcams live streaming through social media channels.

Action was responsible for live streaming of Kyiv’s illuminated landmarks and on hand for photo and video production support to company stakeholders for the creation of various multi-media content and disseminated through social media channels. This successful collaboration is a perfect example of how ESC 2017’s slogan “Celebrate Diversity” ran through all aspects of the event and turned the show into a unique combination of culture, technology and creativity. 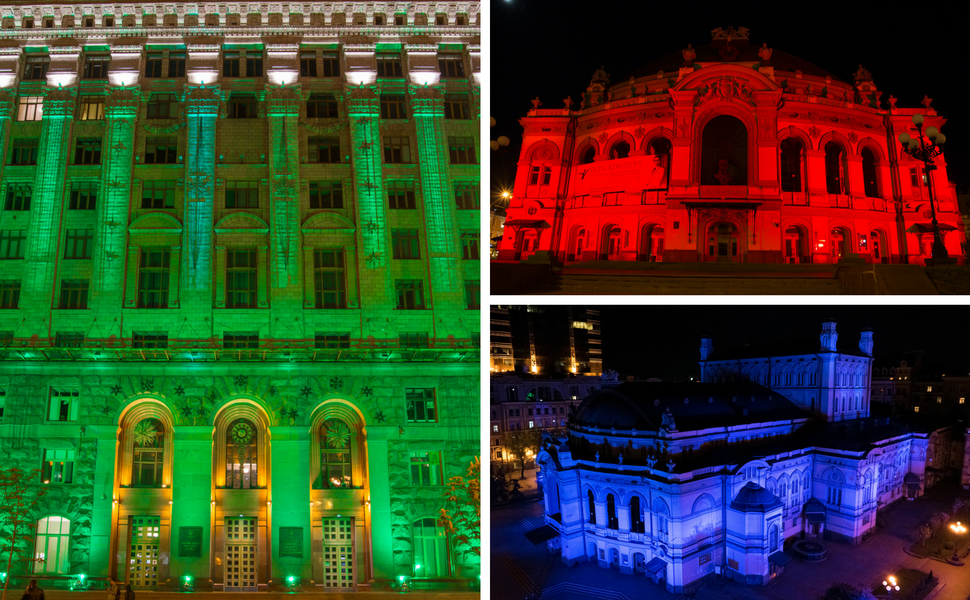