Action Kazakhstan has been busy raising awareness on energy efficiency and LED lighting in the country on behalf of the United Nations Development Programme. At a recent press conference organised by Action, UNDP representatives and the Ministry of Innovations and Development of Kazakhstan, spoke of the challenges faced by the country as they attempt to make the switch to LED lighting systems. The reasons cited for the difficulties, include lack of proper awareness, bad quality lights sold by non-authorized dealers and public disbelief in their efficiency.

In order to give the public at large a better idea of the real differences between LED and ordinary lights, Action Kazakhstan proceeded to set up a special stand within the designated Astana shopping mall featuring two bicycles. Via special generators, one was connected to LED lamps, and the second, to ordinary lamps, as visitors were encouraged to peddle and generate energy. The results pointed towards the greater efficiency of the LED lamps, while promo personnel accentuated the buzz generated as they handed out informative leaflets to those visiting the mall. 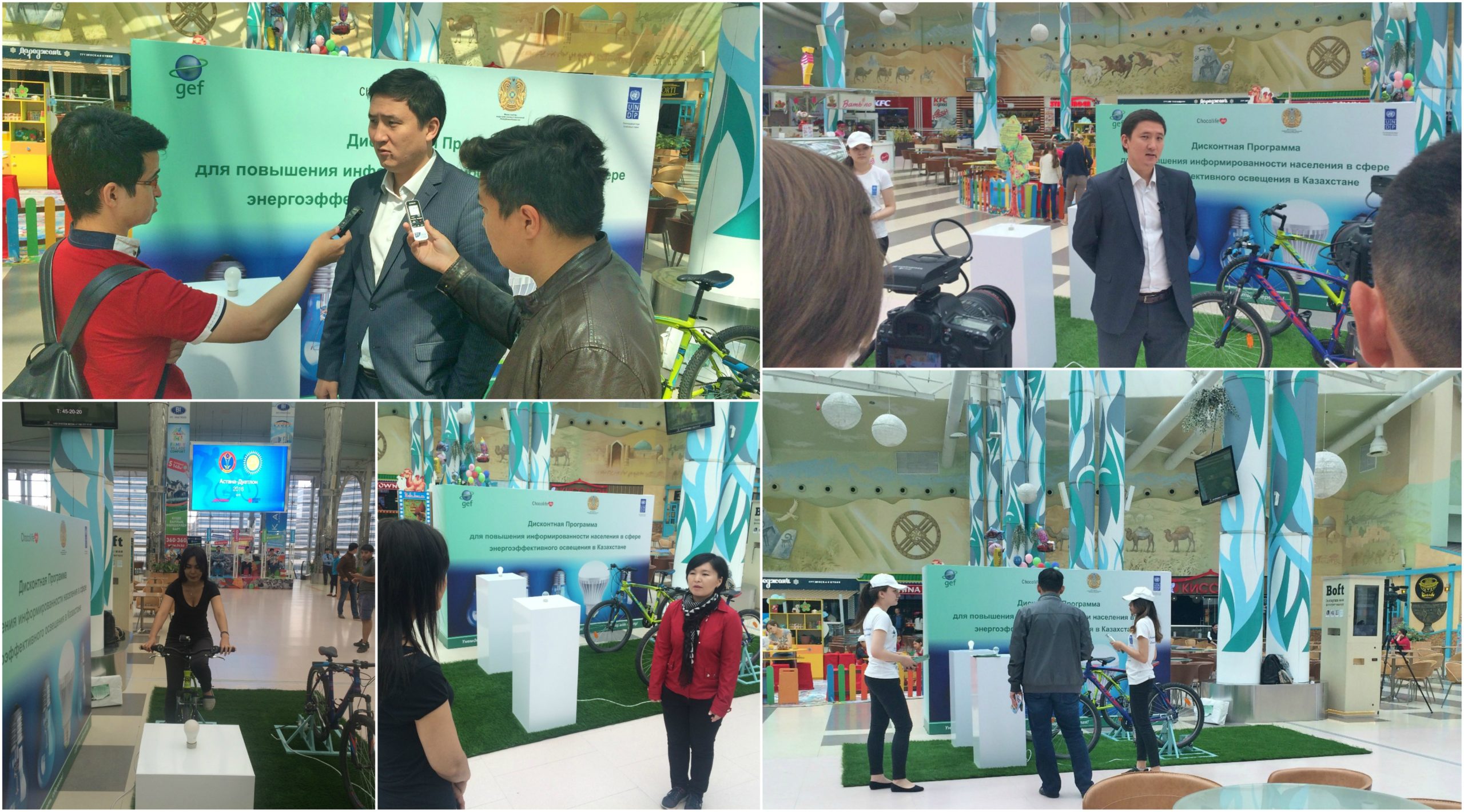