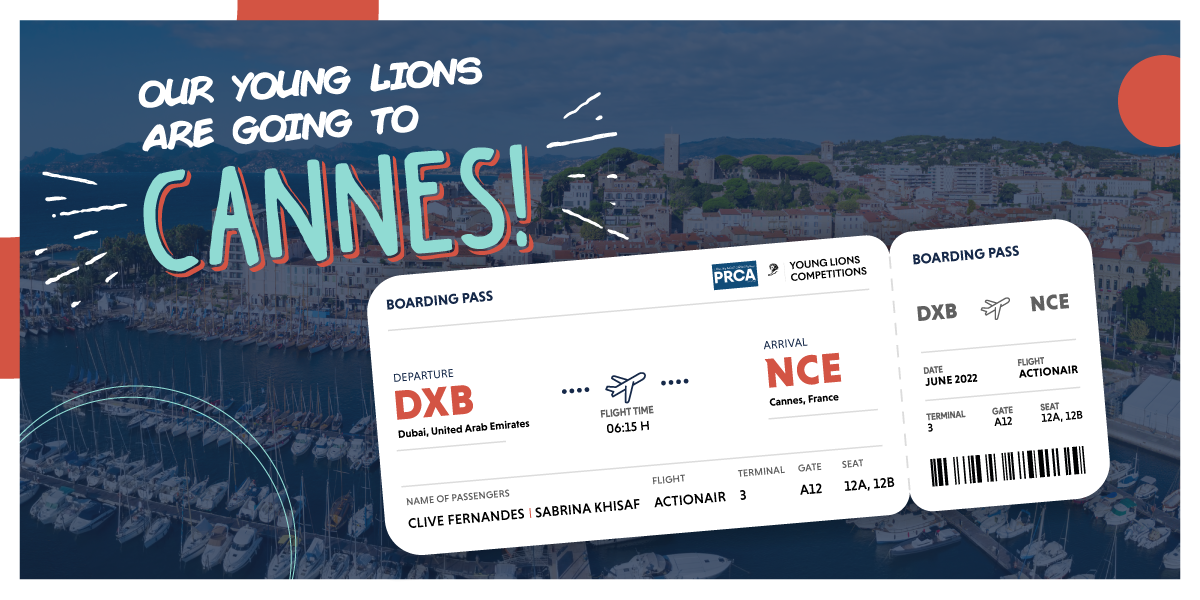 Sabrina Khisaf and Clive Fernandes of Action UAE have been named winners of this year’s MENA Young Lions Competition. Our very own star duo will now go on to represent the MENA region at the Cannes Lions International Festival of Creativity in June.

The Dubai-based team impressed the judging panel of Public Relations and Communications Association (PRCA)’s competition with their ‘Now it’s your turn’ campaign which was described as “simply brilliant”, with a solid understanding of the market as well as the project’s core objectives.

“This is the first time an Action UAE team has won the MENA Young Lions Competition, which is an amazing achievement considering the calibre of competition,” said Euan Megson. managing director, Action UAE. “In addition to being a major and thoroughly deserved career milestone for Sabrina and Clive – both of whom are incredibly humble, loyal and talented – it is also a significant coup for the entire UAE team. We look forward to seeing Sabrina and Clive represent Action Global Communications and the MENA region at the Cannes Lions International Festival of Creativity in June – I have no doubt they’ll do the UAE and entire network proud.”

Responding to a brief set by Dubai Cares, Sabrina and Clive beat 32 regional teams to win the prestigious competition. Participating teams had 24 hours to create a campaign that would help Dubai Cares promote its fundraising platform across the UAE to generate funds for its global programmatic interventions.

Speaking of the Action duo’s work, Hayley Clemens, general manager, PRCA MENA, said “Sabrina and Clive’s winning ‘Now it’s your turn’ campaign was simply brilliant. The creative talent in our region seems to go up a level every year and if the last week is any measure, then our industry is in excellent hands!”

what brands can learn from 5 key Google Search trends